On its 145 kilometer long flow, Tara made an almost 100 kilometer long and 1.3 kilometer deep canyon. The Tara canyon is the deepest in Europe, and certainly one of the most beautiful canyons in the world. Because of its pure drinkable water, opulent vegetation and wild life, with great number of endemic species, the Tara canyon is under protection of UNESCO. 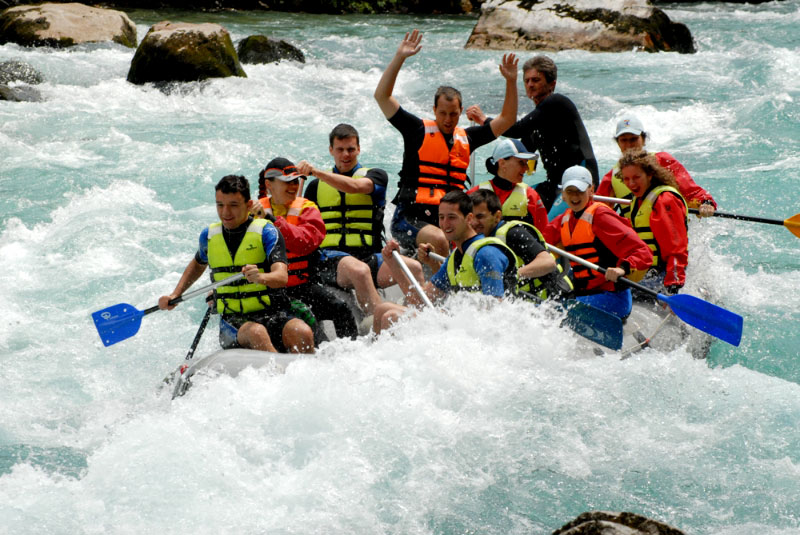 It is a true paradise for all adventurers. A truly delightful and active vacation which offers you to enjoy in magnificence of rapids, clearings, water-mills, old churches, monasteries and bridges. There are breathtaking natural phenomena that you will see in the Tara canyon.

The most frequent question is about the best period for Tara rafting? The answer to this question is ALWAYS! Maximum of adrenaline is in April, May and June, but with decreasing water levels in July, August and September some of the rapids are disappearing, but new and equally attractive rapids appear which you could not see during the high water level period, so that means that Tara always offers something new and we often say that you can never flow on this same river twice.

During rafting with well equipped rafting boats and licensed and experienced skippers you can rest, go swimming and fishing or just enjoy in tasteful food of our region.

Tara River in the last thirty kilometers of its border seems to flow between the Republic of Srpska (BiH) and Montenegro. That is why it is mandatory to have your ID card or passport with you.